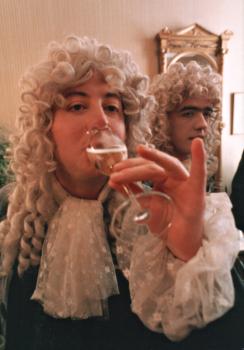 John has written music for a variety of different purposes. As early as 1976 he composed music for the BBC production of The Donegals. In 1979 he collaborated with multi-instrumentalist Gordon Dougal to produce a ballet for Basic Space Dance Company - Belinda and the Magic Shoes, which was so successful that the following year he was commissioned to do another one entitled Conditions are Different After Dark and this time co-wrote it with Rab Handleigh, who had played fiddle and guitar with John in Fourth Estaite. Both of these were highly acclaimed and successfully toured by Basic Space with the composers themselves performing the music live.

His music is often characterised by the wide range of tonal colour and the inventiveness employed in producing it from occasionally unlikely sources. Classical, Jazz, Celtic, and many other influences are often combined in ways that are as perfectly appropriate as they are unexpected.